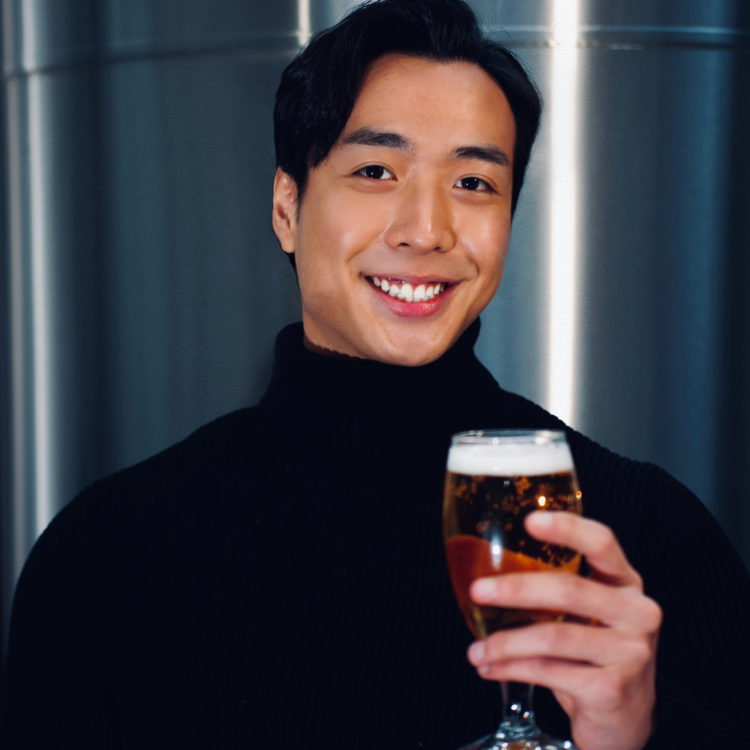 Many have tried – and failed – to create the magical alchemy of a tasty beer that delivers a buzz, yet is completely alcohol-free. However, one Durham company is changing all that with its first release of lagers that have virtually no alcohol in them at all.

Say hello to Impossibrew, a 0.5% alcohol beer developed by plant scientists that aficionados are awarding five stars to for the beer’s malt and biscuit flavours.

After an accident meant he had to give up his beloved beer, Impossibrew founder Mark Wong tried every alcohol-free product going but found they all failed both on taste and in satisfying that itch that alcohol brings.

“I love alcohol. I really love it – to the point that I became a French Wine Scholar from the Wine Scholar Guild, and planned to make a career out of it. The news that I had to give it up meant the end of my career, but it also felt like the end of my social life. I wanted to be able to go out with mates and enjoy myself, and sitting there sipping soda water just wasn’t going to be the same.”

Never one to stand down from a challenge, Mark decided to turn his situation into a positive one and after much research and testing, he has developed the Impossibrew lager, the latest entry to the 0% alcohol market.

“I found a book written in 1211 AD by a Japanese monk who found plants could create certain effects in the body and he used them as medicine. It just struck a chord with me and I thought maybe the answer lay in nature. I took the idea to a bioscientist, and together we came across nootropics.”

Noo-what? Mark explains: “Nootropics aren’t new. It’s just another name for substances that are claimed to boost creativity, memory, decision making or other high-level brain functions. Coffee is one example in that it makes you feel more alert. Others are green tea and hops, so we started experimenting with those two and the results were amazing, beyond what I’d expected.”

The first steps weren’t easy, as Mark couldn’t persuade a beer maker to develop and produce it: “In the end, we decided to make it ourselves and test on friends – and what was really interesting was that none of the samples had alcohol in them, yet all of the taste testers were convinced that they had just drunk alcohol.”

One year later, and the company is doing well after an early release of 200 bottles sold out within three days, and a run of 5,000 bottles is available for pre-purchase on the Impossibrew website.

Throughout the process, Mark says he learned one important thing – that he needed to learn lots more about actually running a business: “I heard about DABS through an e-news piece on entrepreneurs and got in touch to see what help I could get from them. I have absolutely

no business background and founds DABS offered good programmes, online training and network events. I particularly like these events because everyone is very helpful and generous in sharing their experiences – what worked for them and what didn’t.”

For now, Mark has his hands full getting Impossibrew sold, but he has plans to scale up eventually, possibly also introducing a pale ale.

“We’re marketing Impossibrew using the positives of taste and enjoyment, rather than reminding the drinker that they can’t have alcohol for whatever reason. For the same reason, I’d say to anyone, ring DABS and talk through your ideas.

“Even if everyone else tells you it can’t be done, you will find yourself with as much support, advice and positive thinking as you could possibly need to help you on your way to business success.”

Mark is speaking at the DABS Festival of Enterprise on 21st October at the Xcel Centre, Newton Aycliffe. Book your free place today!

Ready to get started?

Register for the DABS programme today.